3. THE PROCESS OF REINCARNATION (VIDEO, IN ENGLISH ONLY)

And of course, the idea is: when we leave this body, we will go into another body and live a future life, and then one after that, etc. And before entering this body, we were present in a previous body in a previous life, and there was one prior to that, etc., etc. This is known as the wheel of birth and death, the cycle of birth and death. In Sanskrit terminology – “Samskara”, round and round, one body to the next.

Now, of course some people don’t except this and one of their main arguments is, “You can’t prove it”. But actually if that person would look at what he can see, he could prove it to himself. For instance, as we’ve just discussed, our bodies are constantly changing. The body we had on when we were a little baby is absolutely different to the body we have on now. And if we are in an old body, we’ve changed it many times. Take out the photo album, “Look, here I was a little baby. Here I was at five. And here I was in high school. And here I was…” and so on. And you can see so many different bodies, but it’s, “I was here, I was here, I was here”. You see, we’re always changing bodies. That’s called reincarnation. 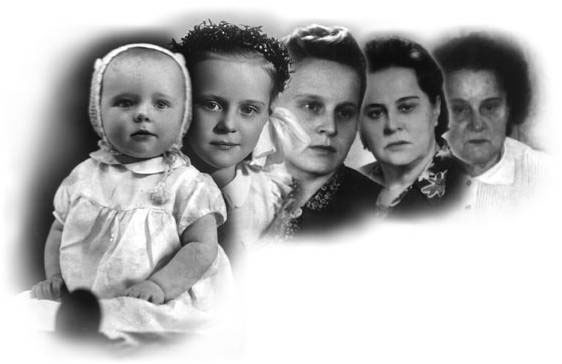 But look at it another way. In nature we know that there is a living entity called a caterpillar. And they are quite interesting to look at. Some of them have nice colors. But because of that body, most people leave them alone. I mean, not too many people have pet caterpillars. But we know that at one point this caterpillar will spin a cocoon around itself and disappear from our view. And then later, out of this cocoon, comes a very beautiful butterfly. Everybody likes butterflies. Symbol of spring, symbol of summer, symbol of freedom. Nobody likes caterpillars, everybody likes butterflies. But we all know it’s the same life. No one thinks that in the middle of the night the caterpillar secretly left the cocoon, and the butterfly came in, and then came out the next day to fool us. Everybody knows the caterpillar, the butterfly – same. Different body, same life.

-Oh, where are the tadpoles?

-Oh here they are.

No, we don’t do that because we know the frog was the tadpole, etc. Same life, different body.

And it’s the only philosophy that makes sense. We’ve established that we are eternal. We have to reside somewhere and in the material world we reside in material bodies. We’re known as embodied souls – souls in bodies. So when we leave this body, we have to go to another body.

Think of it like this: say you live in an apartment complex. And one day you receive a notice in the mail, in one month they’re going to come and demolish your building. In one month a demolition team arrives and completely destroys your building. But do you cease to exist? Of course, not. You just move out of that apartment, you move into another apartment, and life goes on. So in the same way when the demolition team comes for this apartment in the form of an accident, disease, old age, whatever it is, and destroys this apartment, we simply move out of this one, move in to another one, and life goes on.